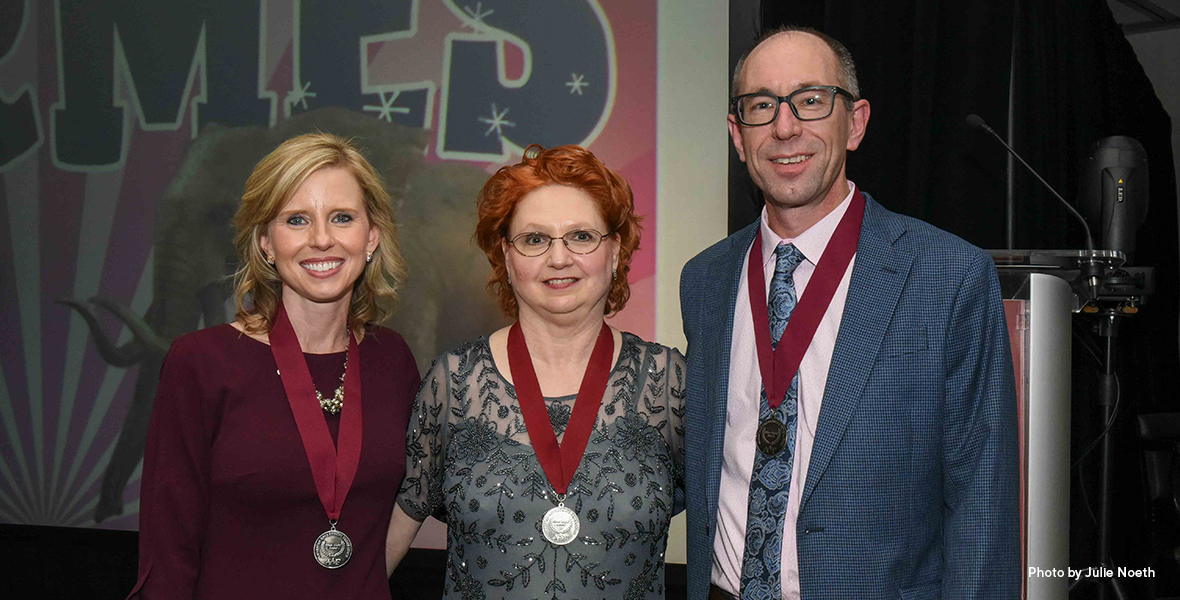 Jessica Barry is always contributing to the advancement of the advertising and design industry and her community by volunteering and serving on boards and committees for organizations, such as The Dayton Art Institute, Miami Valley Hospital, Rosewood Arts Centre, Kettering City Schools, and several others. She is committed to the success of hundreds of students and alumni. She is a strong leader who has always ensured that any decisions made were in the best interest of the students.

Outside of her passion for the advancement of the advertising industry she has a whole host of accomplishments: an award-winning graphic designer, art director, and creative director; an NFL Pro Bowl cheerleader; a GDUSA magazine Educator to Watch; an AAF-Dayton Mercury Award winner for Educator of the Year; a Dayton Business Journal Forty Under 40 Hall of Fame member; and to top it off, she was also appointed by the U.S. Department of Education as a Primary Negotiator on the Gainful Employment Negotiated Rulemaking Committee.

Matt Flick, Vice President of Program Development, was asked to present Jessica with her award. “I have had the opportunity to see many of Jessica’s accomplishments happen in person. I’ve had the privilege of working with Jessica over the last 17 years, and I don’t know that I can name another individual who works harder and is more committed to the success of a business than she is.”